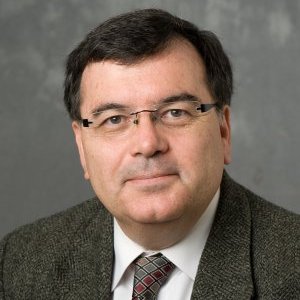 In addition to his work at Purdue, Dr. Bobet is a guest professor and Visiting Chair Professor of the Innovation Center for Disaster Prevention at the School of Civil Engineering, Tongji University, China. He holds bachelor’s and master’s degrees in civil engineering from Technical University of Madrid in Spain and a Doctor of Science degree from the Massachusetts Institute of Technology. He has extensive experience in practice. He was senior geotechnical engineer at Euroestudios, consulting engineers, in Spain, for four years, and construction manager at Ferrovial, Spain, also for four years.

He has authored or co-authored more than 100 technical publications. He serves or has served on the editorial board of a number of journals. He is the Co-Editor-in-Chief of Underground Space. He was elected member of the Board of Directors of ARMA in 2009, and served as its President from 2013 to 2015. He was the Chair of the 2012 U.S. Rock Mechanics/Geomechanics Symposium and is a member of the Geotechnical Advisory Board (GAB) of the Panama Canal. He was appointed a High-end Foreign Expert by the Government of China in 2016.

Dr. Bobet has received a number of awards, including the ASCE 2011 Ralph B. Peck Award, the 2012 National Award for Significant Contributions in Science and Technology – SENACYT Panama, and the 2012 ARMA Research Award. In 2016, he was elected Fellow of the American Rock Mechanics Association.